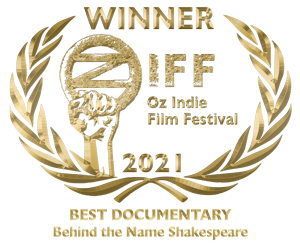 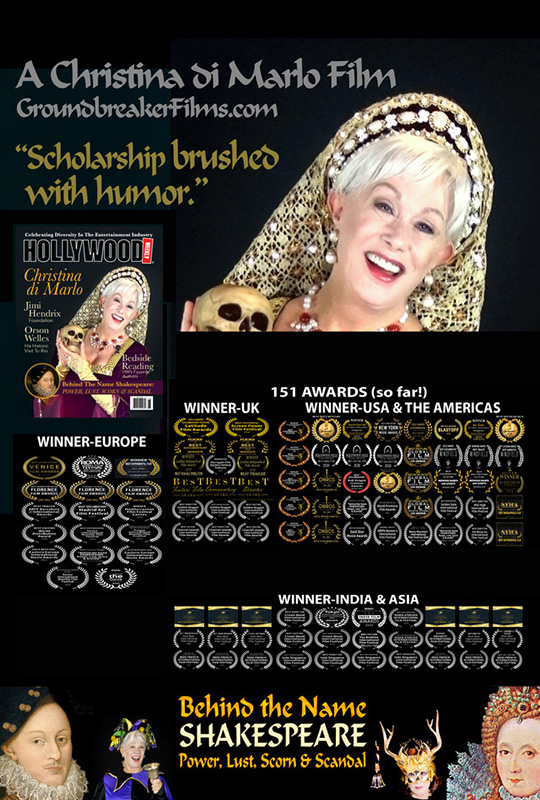 WHO CREATED THE GREATEST WORK OF IAMBIC THUNDER IN THE ENGLISH LANGUAGE? “Behind the Name SHAKESPEARE: Power, Lust, Scorn & Scandal” answers that question in this fun yet important film. It is a costume-filled journey into literary history’s greatest mystery: Who really wrote the works of Shakespeare?

This charming documentary is clearly a labor of love, which one can feel in every scene. The world needs it and bravo to Christina di Marlo for doing it!" -- Don Rubin, Professor Emeritus, York University Editor, World Encyclopedia of Contemporary Theatre.

Her professional career began with a decade-long journey across Europe, studying with the greats at the Royal Academy of Dramatic Arts and the Webber Douglas Academy in London, being coached by the finest voice masters in Bavaria, mastering fluent French and German along the way, performing continuously both as a singer and actress in the US and in Europe.