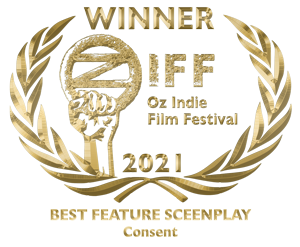 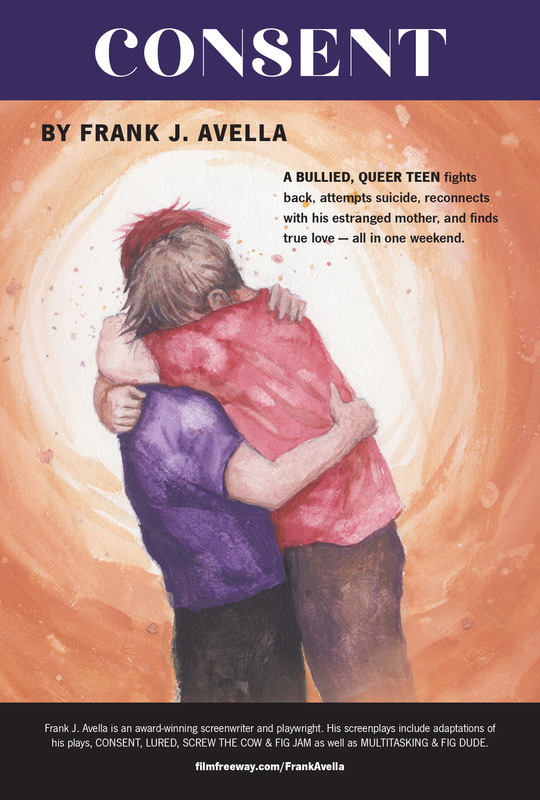 CONSENT chronicles the story of a 17-year-old boy trying to get along in today’s America—an increasingly divided America where the fates of kids who are ‘different’ seem to be at the mercy of geography. At the heart of the piece is an unapologetic gay teen love story.

Set, a high school junior, is a unique individual who frequently questions rules and accepted modes of behavior. He lives in a town that expects conformity and capitulation. Seth is also coming to terms with his sexuality. All these things make him the target of bullying by his fellow students. They, too often, mercilessly beat, humiliate and torment him.

Even his two best friends, Shatonda and Janiece, wonder if his being gay is something “natural.”

Seth's mother, Diane, has returned to town after a two-year, three-month absence. She wants a relationship with her son and in getting to know him discovers some disturbing details about his current living situation, specifically, his relationship with his baseball Coach who is his current guardian, along with Coach’s religiously devout wife, Grace, the high school guidance counselor. Diane would like Seth to live with her but Coach has other ideas.

In the midst of all of this, Seth crushes on fellow schoolmate, Brian, who happens to be the main bully, Heath’s, brother. Brian returns Seth’s feelings and the two begin to get to know one another and are soon having sex.

Seth confesses his relationship with Coach to Diane who confronts and threatens Coach. Grace blames Seth for her husband’s misguided ways and kicks him out of the house.

Heath finds out about their relationship between Brian and Seth and freaks out and texts his fellow bullies who surround Seth. In self-defense, Seth stabs one of the bullies. He is left alone and tries to kill himself but is rescued by the school janitor.

Things take a dramatic turn as a certain sequences of events converge and Seth's already chaotic life spins further out of control.

The entire film takes place over one weekend.

Frank J. Avella is an award-winning screenwriter and playwright and the recipient of a 2019 International Writer & Artists Retreat Residency at Arte Studio Ginestrelle in Assisi, Italy and a 2018 Bogliasco Foundation Fellowship.

Frank’s screenplays have received thirteen top awards at Film Festivals/Competitions throughout the world and has been a winner/finalist or official selection in 86 Fests/Comps to date.