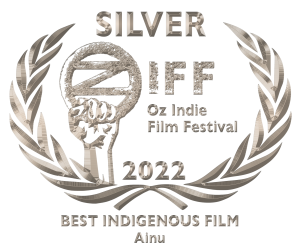 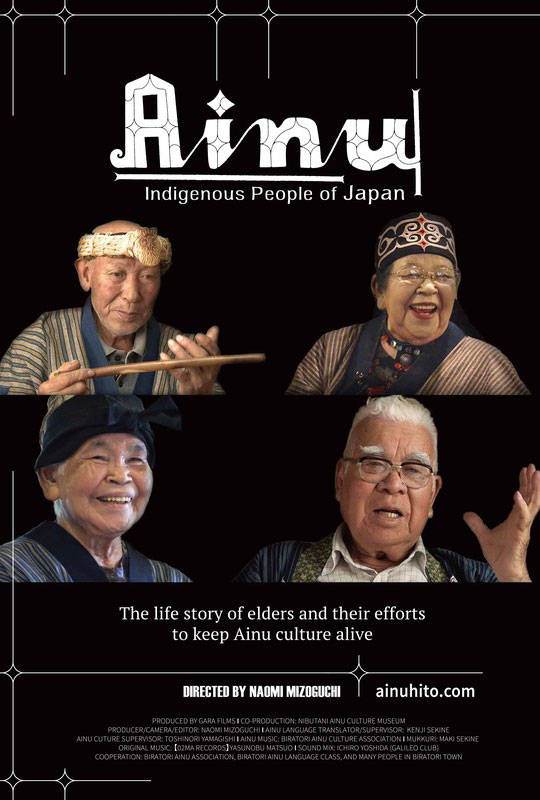 The Ainu are the indigenous people of Japan. Hokkaido, the northern island of Japan, was previously called Ainumosir, or land of the Ainu. The Ainu tradition has been disappearing seriously: the latest survey shows population of the Ainu is less than 20,000 people in Hokkaido, and UNESCO has recognized the language as ‘critically endangered.’ This film is captured in Biratori town in Hokkaido, where many people with Ainu roots still live. It is also known as the hometown of the late Shigeru Kayano, who contributed greatly to the field of research on Ainu culture. Since 1869, as a result of the new Meiji government’s categorizing the Ainu people as “commoners” in family registries, implementing assimilation policies, and developing their land, the Ainu culture has quickly declined. After 150 years, modern-day Ainu live joyfully in this town with Ainu’s traditional culture while adapting it to their current lifestyle.

The main characters in this documentary are four Ainu elders, who were born in 1930s. One who has experienced discrimination and poverty, another who makes traditional Ainu dress, one who remembers oral folklore told by her grandmother, and another who has observed traditional rituals, such as the bear sacrifice ceremony. They remember their parents and grandparents spoke in Ainu but they weren’t actually taught the language as parents belived that children will have better life if they live as “Japanese.” After many decades passed, they have tried to educate themselves and be proactive as local leaders. This documentary tells the story how Ainu cultural tradition is alive now through people’s efforts.

After working at a film production company in Japan, Mizoguchi went freelance in 1995, and has since created various films, including documentaries for TV, promotional videos, and short cultural films.

She moved to New York City in 2004 to study community media and wound up working at the Downtown Community Television Center, one of the largest and oldest community media organization in the United States. In 2008, Mizoguchi co-established a non-profit organization called Cineminga, and proceeded to provide indigenous people in Colombia, Ecuador, and Nepal with the equipment and skills required to create films together. The resulting works were chosen in indigenous people’s film festivals in Canada, Colombia, Nepal and United States.

After resigning from Cineminga in 2014, Mizoguchi established GARA FILMS. She continues to create films with a broad view, such as shows for mainstream media as well as in-focus films about community issues. Over the course of her career, Mizoguchi has directed over 100 films and has edited in excess of 300 films. She currently resides in New York City.