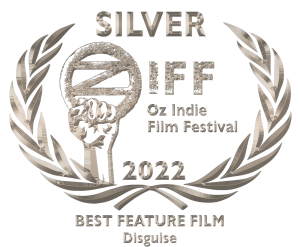 When a fashion cartel who has been evading the authorities surfaces again, an undercover detective on the case tries to warn the Protagonist who is entangled with them.

Jananee Rasiah's introduction into this industry was while being on set as a supporting actress in a small role in a short film, and later in charge of production design for a web-series. Her formal education and background are in the area of nursing research, administration, post-secondary education, and direct clinical practice, as a Registered Nurse.

Rasiah co-founded FRAME Productions in 2019 with a colleague, Mathew because they saw an opportunity to bring an equity and diversity based and inclusive approach to filmmaking within Alberta. She found that her skills from my professional career as an administrator and academic researcher in the areas mentioned above were directly transferable to the filmmaking industry. Since 2019, she has written two screenplays (a short and feature length) and co-directed, co-produced, and managed production design and many pre-production responsibilities for multiple projects. In doing so, she has developed trusted networks with talent and crew across Alberta and they strive to work together to create unique, engaging, and artistic works that draw influence from media arts originating Indian, North American, and Korean industries.

Abhilash Mathew is a self-taught cinematographer, director, and editor and a definite film enthusiast who has recently completed his first English feature film. His formal education background is in nursing and he is a practicing Registered Nurse in geriatric medicine in Edmonton. He has developed skills in the area of film production by learning all that he can about camera operation and filmmaking in his free time and has launched smaller projects with friends since 2014. He has built upon his skills and expertise by undertaking and leading these smaller projects and co-founded FRAME Productions in 2019 as a partnership with another colleague, Rasiah and they are actively working on creating artistic, engaging, and diverse projects with local talent.

Mathew's influences are Christopher Nolan because of his ability to portray complex science in a simplified manner onto the screen with an artistic and colorful pallet; Michael Bay because of his grand scale imagination and his epic 360 degree spinning shot; Alphonse Puthren because of how he places each object and subject in a frame in a manner that captivates and surrounds you, be it an ant crawling by or debris flying due to the breeze, all while dialogues take place between subjects – these frames are evident because of his style of editing as well; and Korean films/advertisements as they are realistic, evocative, and include juxtapositions in the frames.