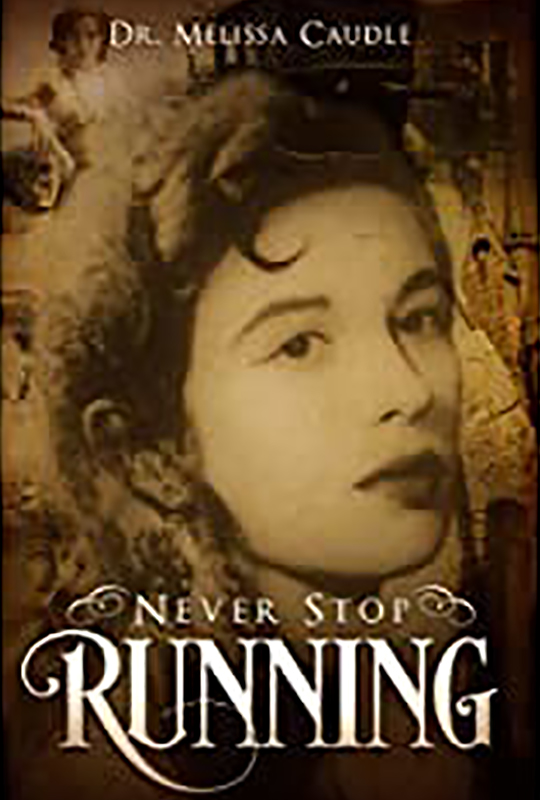 What happens when the unthinkable occurs? For David and Jackie Hennessey, they had the white-picket-fence marriage, a wonderful, family, and careers, their lives were perfect until everything turned upside down after Jackie was in a bus wreck resulting in amnesia. Struggling to find a balance between the love they once shared and their new life, David sets out to find a cure to bring back his wife he once knew. After discovering Dr. Grayson, a regression hypnotist, Jackie delves into the session to recover the perfect life she once lived. Faced with the moral dilemma of believing the dreams were once a reality and twisting her religious convictions on reincarnation, Jackie questions her sanity and fears for her life. Join this thrilling story as Jackie unfolds centuries in a mental time travel chase. A twisted tale of fate vs. destiny.

Dr. Melissa Caudle, AKA Dr. Mel, is an award-winning American author of more than a dozen books, fiction and non-fiction, and an award-winning screenwriter having won more than thirty screenwriting contests. She is also the Senior Editor at Absolute Author Publishing House and has helped hundreds of authors reach their publishing dreams. She is best known for the novels The Keystroke Killer: Transcendence, Never Stop Running, Secret Romances, and A.D.A.M. The Beginning of Life, which all became bestsellers and have been adapted to screenplays. Another bestseller for Dr. Mel is her book series for screenwriters. The series includes quick guidebooks for screenwriters on developing and using a beat sheet, writing a logline, synopsis, and creating a one-pager for screenplays. She also has published two books for filmmakers and reality show creators to raise funds for their projects having worked in the film industry for fifteen years. She started as a background actor, and quickly became a SAG actress, and then started working a production crew member in various roles: production assistant, celebrity personal assistant, director’s assistant, script supervisor, 1st AD, production coordinator, and producer in both films and reality shows. As an artist, Dr. Mel illustrated six adult coloring books in her series Abstract Faces, including several of her favorite art creations. She describes her style of art as a mixture between Picasso and Salvador Dali. She uses professional markers, acrylic paints, and watercolors. Another side to Dr. Mel is her love for music. At the age of eight, she began taking viola lessons and played in her school’s orchestra. Soon after, she learned the cello and the violin. As an adult, she taught herself to play the piano. Her love for music inspired her to compose songs. She has several albums under Mystic Towers and has composed original scores for independent films and dozens of book trailers.

When she is not writing or drawing, she loves to go to the New Orleans Saints games, ballroom dance, swim, camping, and spend time with her family. Her goal is to keep living life to the fullest and cherish every moment with her family. Screenplays include Dragonfly Principal, Auditing Richard Biggs, The Angelics, Dreamweaver, A.D.A.M., The Keystroke Killer, Never Stop Running, MK-ULTRA, The Creek Dweller, Secret Romances, and many more.