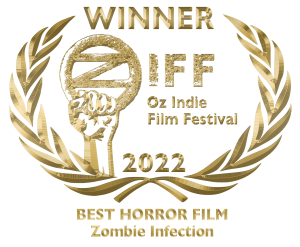 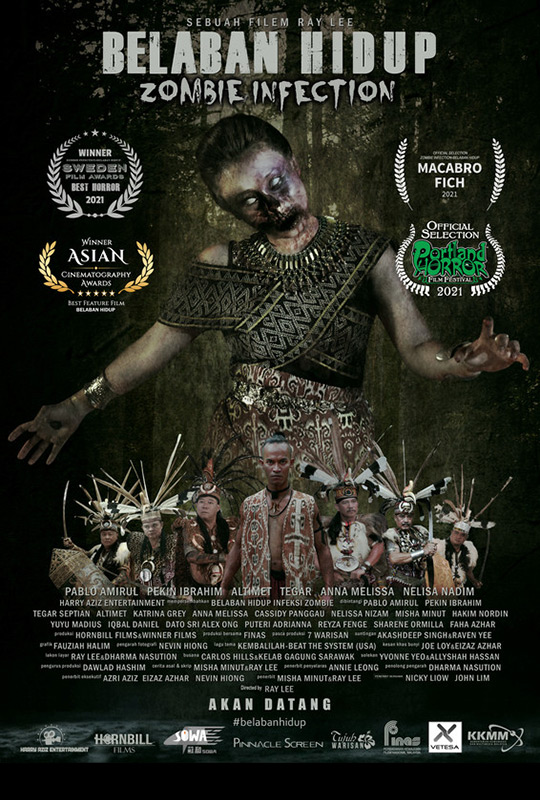 What starts off as a series of secretive biological experiments has distorted into a complete dystrophic state as Borneo Island is crippled by a zombie-like epidemic in year 1999.

It spreads so fast that it has reached a point of no return.

The instigator, Dr George brought the virus from Comoros Island and use the indigenous people as experimental.

He plan to invent the antidote but refuse to give to the infected victim in order to control the people. Dr George is killed before an antidote can be found. His assistant, Christina manages to run into the jungle to take cover and look for alternative remedy (vaccine).

Meanwhile, a group of orphanage teenagers led by Miss Ayu who have survived the experiment, run into the jungle to take refuge from the indigenous people instead.

Unfortunately, their arrival are not welcome as there are already cases of zombie attack among the indigenous people in the village.

Miss Ayu and others are suspected as the carrier of the zombie virus and as a precaution move, they are confined in a house while the chief investigates the matter further.

When the zombies eventually come to attack in groups, a young Dayak warrior named 'Gadang' leads all the indigenous people to fight back and reclaim their lands.

Ray Lee believe film can unite people, film can bring the world together. He is not producing movie for money, he is making money to produce movie just to fulfill his childhood dream. Ray Lee, (44 years old) an Associate Professor from Yunan Art University in China and holder of Bachelor Degree in Creative Industry Management in Northern University of Malaysia, Diploma in Film Making from Asia Metropolitan University, Graduated in Bucheon Fantastic Film School, South Korea. He is a film director, producer, script writer and music entrepreneur based in Kuala Lumpur, Malaysia.

Ray Lee used to work in Malaysia biggest English newspaper The Star Publication as a photojournalist since 1999 to 2008 and running a music school called Guitar Empire in Kuala Lumpur with 300 music students since 2010 before turning his childhood dream into a film maker. Ray Lee has produced and directed over 20 short films over the period of 5 years before produced his first Malay Television comedy movie entitled ‘Bibikku Maduku’ (My Lover’s Servant) for Malaysia National TV Station RTM1 in 2014.

His first Telemovie ‘Bibikku Maduku’ has been nominated as Best TV Comedy by Anugerah Seri Angkasa (Universal Award) organized by Malaysia Multimedia and Communication Ministry in 2015 and watched by 1.2 million viewers throught out Malaysia, Brunei & Singapore.

In 2017 he produced a TV show called ‘Bollywood Express’ for Tara HD, Astro Malaysia. This show had receives good response from the audience who love Bollywood (India) song. It portrayed the local Malay artist singing Bollywood song in the show. Ray Lee experience as a musician has lead him to produced more international music video in USA , Indonesia and China.Together with Shenzen Hagpiel Piano Co Ltd. and his production company Hornbill Films, Ray produced and directed a music video shot in The Great Wall of China (listed in Malaysia Book of Record as the first Malaysia music video shot in The Great Wall of China) entitled ‘Getaran Jiwa’ (Vibrate Your Soul) featuring Malaysia piano maestro Mokhzani Ismail (Malaysia National Symphony Conductor). At the same year Ray produced a music video in New York featuring American band Beat The System. With their first single entitled ‘Be Your Own’, it has broadcast to over 50 countries in the world and listed in Vevo YouTube channel with 1.2 million viewers. At the same year Ray Lee produced an Indonesian singer ‘Tegar’ music video entitled ‘Kau Yang Terbaik’ (You Are The Best) with 9.5 million viewers in YouTube.